During a roadtrip through Germany I noticed something bizarre! At a random parking area next to the highway I saw a “female” only parking spot. I noticed that this parking spot had a lot more space than regular parking spots… I didn’t think Germany could be this discriminating to the female specimen!

So to be sure I googled the sh*t out of it. Apparently women’s parking spaces were originally designed in 1990 in Germany for women’s safety and to reduce the risk of sexual assault. This was formulated because women felt at risk in parking garages due to the fact that not only were the parking garages so dark, they were also typically deserted. After Germany, places like Korea and China also adopted this policy. It soon became a law in some regions of Germany that at least 30% of parking spots must be for women.

In order to make women feel more safe, companies provided more lighting to their parking garages, added surveillance systems, and incorporated parking spots closer to the exits and deemed them female-only parking or “she-spots”. Over time, these parking spots began to be painted bright pink in order to depict that they were female only. These spots were also dressed with a sign stating “female only”.

Women took offense to the fact that their designated parking spots were made larger because they thought it implied that women were bad drivers. Men also took offense to this because women get special treatment while men do not. The men did not understand why larger parking spaces were made for inexperienced female drivers, but none for inexperienced male drivers considering women and men both have to take the same exam to receive a drivers license. They felt this went against gender equality. Another issue arose when a town in Germany labeled two parking spots as reserved for men based on the sole fact that they were harder to maneuver into further backing up the claims that women were being discriminated against for their driving skills. 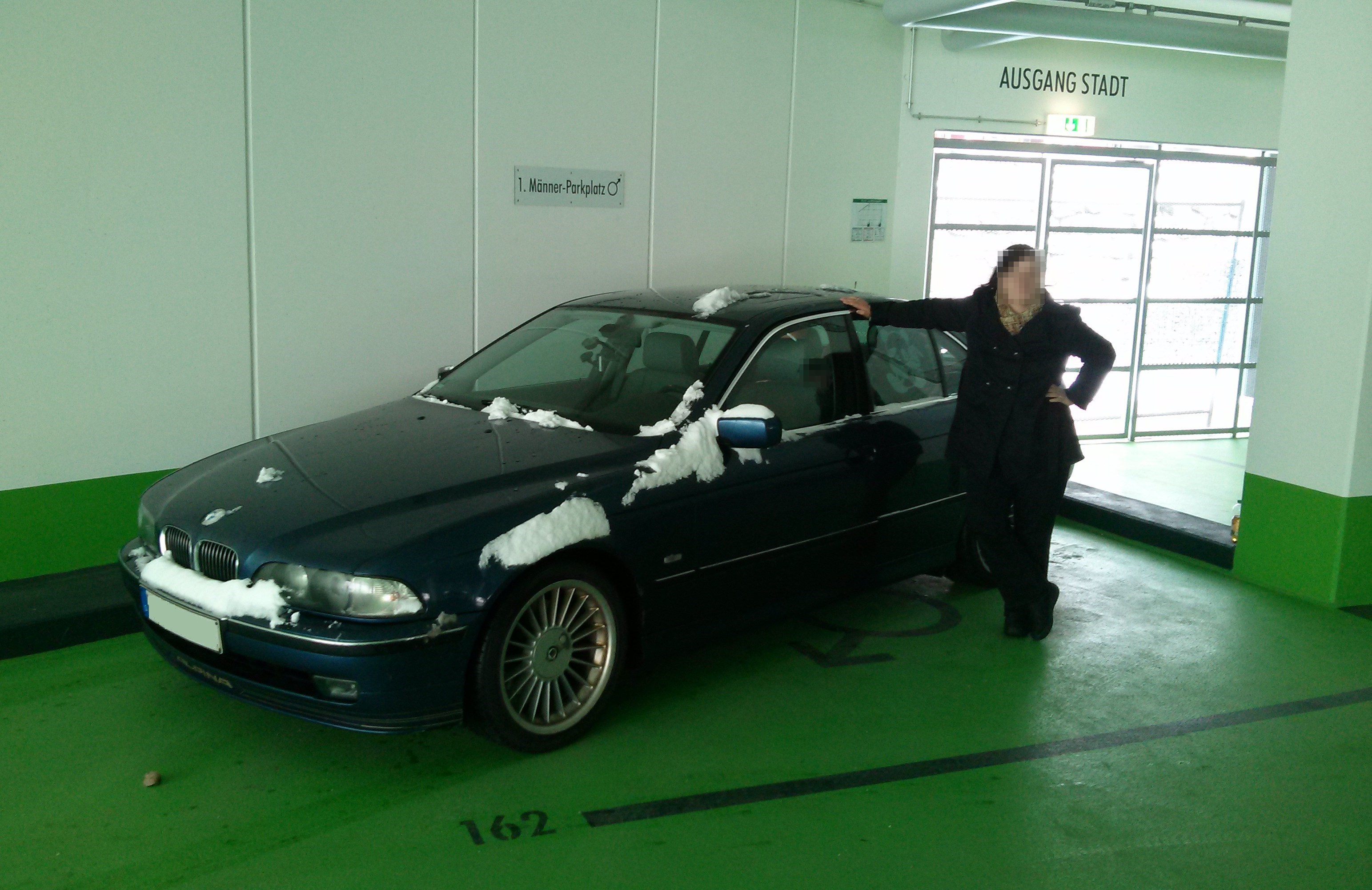 On one hand, one criticism of these signs is that it is inherently sexist to discriminate against one gender and give one gender an obvious benefit. Another criticism pointed out by many relates to the purpose of introducing these signs into society. Primarily, these signs are meant to provide women a safer route to where they mean to walk to. However, some critics point out that men are the majority of murders, and it is against basic logic to not give men a safer passage as they are more likely than women to be victims of murder.

On the other hand, some feminists did not take to the fact that the spots were painted pink, much less that a woman wearing a pink mini skirt was also painted on the spot. They thought this was considered very sexist and demeaning towards women while others just considered it as a symbol that was known worldwide.

In response to the controversy, government officials said that women received the closer parking spots so they did not have to walk as far with kids. It was also said that the parking spots were made larger so women can have more room to take the kids out of their vehicles. Men argued back that this implied that only women can be caretakers.